I’ve recently started working on a new project with a new team. As we were just discovering each other’s, I was looking for a funny game with as objectives: helping on the team building, teaching on the importance of the communication and showing that we become better by getting used to work together (hehe easy 😉). Here is what I’ve prepared: the “threads race”.

You need a bit of preparation for this game and some materials:

On the Paper draw a race circuit, the difficulty of the game will be in the width of the road and in the number of bends. My advice here is to make it hard 😉.

Each of the participant will take a thread and the team will have to move the pen all along the circuit without interruption in the line and without living the circuit. The card board is hiding a part of the road which is complicating the task. This activity will ask to the team a bit of collective coordination which is great, this is my target.

How to organize the

I started by asking the team to put the pen on the starting line and to do as much tries as they want until they succeed. Conditions for the success: No blanks in the draw line and no draw outside of the road, if this happens, they must go back to the starting line.

After few tries the team has succeed even if it was not easy task.

Facilitator advise here: Limit this phase to 8 minutes including 3 minutes of retrospective.

Ask everybody to close their eyes and propose to the team to choose one of them to guide the crew through the bends to victory.

After two very slow tries (>5 minutes) the pen has crossed the finishing line, we’ve took few minutes to debrief on what was working well or not and I’ve proposed a last challenge.

Ask the team to close their eyes, except two of them, and to cross the finishing line in less than 2min. This time I gave them two minutes to organize themselves as they want and to tell me when they were ready. 2 minutes later the team were succeeding the challenge !

During the first iteration, the team were not communicating, so they did succeed, but with a lot of difficulties and with many tries.

During the Second iteration, the team had to communicate to the only person who was not blind, it was not the most efficient way, they where slow, but only two tries were necessary to cross the line.

During the last iteration, they were auto-organized quite efficiently. They didn’t thought that they would succeed but they did it, because in few iterations they started to know each other and communicate intensively. That was the key of the success.

We did have a lot of fun playing this game and it was a great channel to aboard different important aspects of the collective skills we need to develop as a Scrum Team. I think I will maybe use it in the future as ice breaker for some training and I hope it will be useful for you as well. 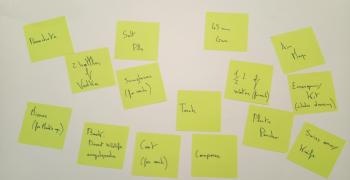 Get lost in the desert and work on product vision

I recently played game named “Lost in the desert” to train on the backlog prioritization. 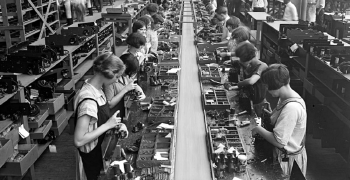 I’ve given (with a great pleasure) this Monday and Tuesday my 2 days Scrum Master training, for the first time … 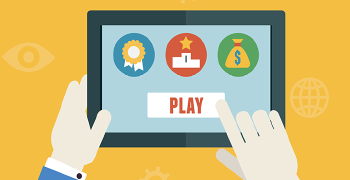